Love and the Meaning of Life 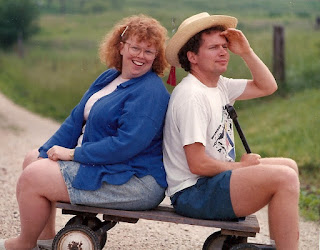 Here's an article I wrote for an upcoming issue of the St. Austin Review about my course Love and the Meaning of Life ...

Love and the Meaning of Life
by
Kevin O’Brien

I am teaching a course for Homeschool Connections called Love and the Meaning of Life.  I teach online using a webcam.  My students, from around the world, are intelligent and sensitive high school aged teens who are homeschooled - and who, much to my delight as a teacher, are eager to learn.

This course examines the most crucial question of all.  What is love?  And what is the Meaning of Life?  Obviously the Meaning of Life is Love, since God is Love (1 John 4:8).  But what is love?  And how are we to fulfill the great commandments of loving God and loving our neighbor?  And, as this issue of the St. Austin Review asks, what is “True Love” and how does “Passionate Reason” relate to “Romantic Feeling”?

In this course we examine Love and the Meaning of Life using both fiction and non-fiction as our guides.  Here’s a brief review of what we’ve learned.

Scripture - We begin by looking at a few passages about love from the Bible, the most famous of which is St. Paul’s great Hymn to Love from First Corinthians 13.  And yet, while Paul declares that Love is greater even than Faith or Hope, and while he enumerates many of the characteristics of love, his praise of agape tends to go in one ear and out the other, especially since it is so familiar to us, and since my students often hear it read while nodding off in church.  Thus we need to examine love more closely, and from other perspectives.

Socrates - Students tend to be hooked more by what Socrates says about love than St. Paul, for our selection from Plato’s Symposium is not familiar to them.  In the midst of the Symposium Socrates relates an encounter he had with a wise woman, Diotima, who taught him about Love, or the aspect of love the Greeks called eros.  Eros, says Diotima, is a quasi-divine character, a mean between men and gods, who bridges the gap between mortals and immortals.  Love is a kind of beggar, always in want and desirous of and eager for that which is beyond him (compare Psalm 42, “As the hart panteth after the water brooks, so panteth my soul after thee, O God”).  Love is therefore humble, recognizing his vulnerability, his want and his incompleteness, which is made complete only by the beloved - by God - who is beyond this earthly realm.  And yet Love, though poor and in want, already possesses a richness; Love has something of God - something divine - already in him, even now, even as he desires; for if he had not a kind of hint of heaven, he would not long for God as he does.  Eros is thus a kind of grace, a foretaste of the Divine.  What, then, is the connection between the agape of St. Paul and the personified eros of Socrates?  This becomes the main question in our course.

The Call - In this course, the first work of fiction we study is my own one-act play “The Call”.  It is the story of a young man named Samuel who feels that his life is pointless.  He has the heart of a poet but the bank balance of a poet as well.  He is certain that life is either utterly meaningless or has a deep and profound meaning he has not discovered yet - and yet his brother Eli, who is a financial success with a big house in the suburbs and more than one marriage under his belt, chides Sam for being chronically unfocused and chronically underemployed.  Eli sees a “vocation” as being a career and a way to make money and buy things; Sam sees a “vocation” as being a “call” (which is what the word literally means) - but a call from whom?  A call to what?  At one point, Sam meets Sister Maria, a woman religious, who understands that, for her, the “religious life” was a vocation, a “call” from God, and that the deep and profound meaning of life comes from answering this call, and answering it with love.

And yet Sam responds, “I can’t love!  It hurts too much, hurts like writing the great poem that only suffering can produce.  And I can not endure that  suffering – or the sweetness of that poem.  It tears out the core of my being!  I can’t live that way!  I can’t love God.  That would take me past the breaking point.  And I’m already broke!”

I won’t spoil the ending for you, but I will say that my students liked this play more than most of the material we read, for it engages the problem of “how to love” for a young person in a world where all things - including love - seem to have become devoid of meaning.

The Four Loves - Sam’s reluctance to endure the heartbreak of love echoes something C. S. Lewis says in his book The Four Loves, based on talks he gave on BBC Radio.  One of the favorite passages in that book for most of my students was this: "There is no safe investment. To love at all is to be vulnerable. Love anything, and your heart will certainly be wrung and possibly be broken. If you want to make sure of keeping it intact, you must give your heart to no one, not even to an animal. Wrap it carefully round with hobbies and little luxuries; avoid all entanglements; lock it up safe in the casket or coffin of your selfishness. But in that casket—safe, dark, motionless, airless—it will change. It will not be broken; it will become unbreakable, impenetrable, irredeemable. The alternative to tragedy, or at least to the risk of tragedy, is damnation. The only place outside Heaven where you can be perfectly safe from all the dangers and perturbations of love is Hell.”

Lewis looks at four aspects of love, all of which, he says, need a kind of pruning or discipline in order to be properly ordered, a discipline without which any of these “four loves” can dominate us and can turn into something other than love.  Two of Lewis’ “four loves” are eros and agape, which, when separated from one another, cause nothing but trouble - a lesson we learn from other books in this course.

Wuthering Heights - For instance, Heathcliff in Emily Bronte’s Wuthering Heights is clearly all eros and no agape.  His love for Catherine is not exactly lustful in the sexual sense, but it is possessive.  He desires her as an addict desires a drug and he will do anything to possess her and anything to hurt those he thinks are keeping her from him.  But the positive side of eros is also illustrated in Heathcliff, for his love for Catherine has a religious aspect to it - it seeks for something beyond, something beautiful, something that echoes the song of the divine, and something that (as in the most evocative of 19th century Romantic fiction) is attainable only in death - only by passing into the infinite; for eros, in this world, is incapable of being fully satisfied.  As St. Paul tells us in First Corinthians, “For now we see through a glass darkly; but then face to face”.  And it is the “then” - the beyond - the infinite - that can only bring Heathcliff to Catherine “face to face”.

But it is not only the “then”, but also the “now” which unites them, in so far as eros is tempered by agape - in so far as lust is mortified by self-sacrifice and forgiveness - in so far as desire is transmuted into condescension and compassion.  For the real solution of the Problem of Love in Wuthering Heights comes in the next generation, when the new Catherine (Cathy) and the new Heathcliff (Haerton) forgive one another and find that when agape redeems eros lovers can live in peace.

The Lame Shall Enter First - But while Heathcliff shows us eros without agape, you might say that Sheppard in Flannery O’Connor’s short story “The Lame Shall Enter First” shows us agape without eros.  Sheppard is a kind of “super social worker” who decides to reform Rufus, a homeless juvenile delinquent, at the expense of his own son, Norton.  Sheppard’s love is unreal, suppressing emotion and even faith in God, for the sake of a mere project.  Sheppard is a kind of materialistic Pelagian who believes that we can lift ourselves up by our own bootstraps.  His “condescending” love becomes “condescending” in the bad sense of the word: it becomes patronizing, insipid, complaisant - and even worse, clinical.  Man is improved by means of planning alone; Jesus is a myth and Social Work can save us - or so our False Sheppard thinks.  This is a form of goodness, but as Rufus the bad boy exclaims, “I don't care if he's good or not. He ain't right!”  In other words, Sheapprd’s love is divorced from reality; it is a hollowed out parody of love, and the fullness of this realization does not hit Sheppard until the story’s tragic conclusion.

God is Love - The need for understanding and achieving a love that is real, and avoiding a false love that is good but that “ain’t right” is addressed by Pope Benedict XVI in his encyclical Deus Caritas Est (God is Love).  If eros can be thought of as “ascending love” - a love which is needy and rises to that which is beyond - and agape can be thought of as “descending love” - a love which is giving and “condescends”, lowering itself for the sake of that which is below and in need, then, Benedict says, “Eros and agape—ascending love and descending love—can never be completely separated. The more the two, in their different aspects, find a proper unity in the one reality of love, the more the true nature of love in general is realized.”

St. Francis, Dante and Shakespeare - And perhaps the high point of Christian culture, when this insight about the unity of love is best realized and expressed in life and in literature, comes in the Middle Ages and the early Renaissance, especially in the lives and works of great saints and poets.  In our class we therefore read selections from

Tolkien ends his letter with one of the greatest passages in all of English literature.  As we began our course with St. Paul’s great Hymn to Love, so we end it with Tolkien’s great praise of Love Incarnate, his praise of Love Himself condescending to appear in the humble appearance of bread and wine.

Out of the darkness of my life, so much frustrated, I put before you the one great thing to love on earth: the Blessed Sacrament. .... There you will find romance, glory, honour, fidelity, and the true way of all your loves upon earth, and more than that: Death: by the divine paradox, that which ends life, and demands the surrender of all, and yet by the taste (or foretaste) of which alone can what you seek in your earthly relationships (love, faithfulness, joy) be maintained, or take on that complexion of reality, of eternal endurance, which every man's heart desires.


For more information on Homeschool Connections and on courses taught by Kevin O’Brien, Joseph Pearce and others, visit homeschoolconnectionsonline.com.